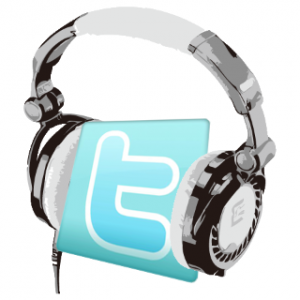 Twitter has long been our first choice social media platform, because it bridges the gap between fans, Hip-Hop artists and professionals so easily. We’ve been able to network with artists directly which has been hugely beneficial to our own growth. We’re constantly sent Tweets and Direct Messages with links to music, videos and other Hip-Hop related media and we know what works. So take a look below at a few of our Hip-Hop music promotion tips below and if you like them, please RT them.

There are an unfortunate amount of websites out there that offer the opportunity to buy followers. Do not fall into the trap of thinking this is a quick win. Buying followers is not only lazy but ultimately pointless. Twitter is not always about the quantity of followers and is more about the quality of those following you. 10 authoritative followers (we’ll get onto this next) could be so much more crucial to your marketing strategy than 1000 bots or inactive  users. If you fall into the trap of becoming fixated on numbers, you’re likely to alienate your real fans and lose focus of the real marketing goals.

For example, we currently have around 770 followers, which in the grand scheme of things, isn’t that many. However, we’re followed by some Grammy Award winning artists and industry professionals relevant to our work which is a lot more important than potentially having 20,000 people who don’t interact with us.

This is a very simple and hugely effective way of gaining targeted followers. Follow people who are following YOUR inspirations and peers. For example, if you’re an artist from the south US, you might want to start following followers of someone such as Big K.R.I.T.

Start following a selection of their fans and you may just find a few of them will follow you back. Undertake this process for a few different artists and eventually you’ll have a selection of followers who are likely going to take some interest in your music as you have similarities to those who they have already been following. Particularly if you’ve got your user bio in good shape which we’ll look at next.

Getting your bio right is key if you want to capture targeted followers. As tempting as it is to put creative and mystic messages in your bio, being direct and on point is actually a lot more effective.

As you will know, when you start following another user, the first thing that will happen is that they will be sent an email notifying them that you are now following, and your Tweet stats and bio are displayed to them. If you have a bio with relevant keywords and information in, it is likely that in that moment they may well follow you back straight away and take a look at your Tweets later. If all the recipient reads is, “I’m ALL about the swag and money”, it’s unlikely anyone in that very moment is going to take any interest in your whatsoever.

If you really want to retain followers, then do not continuously spam the same Tweet with a link to your Soundcloud or Bandcamp page. Nobody cares, at least not yet. It’s unprofessional and impersonal. Remember followers are not necessarily fans and so you need to build a relationship with them before they even become interested in listening to your music. Tweet about a diversity of subjects and not just your own work. Actively respond to Tweets that you see on your timeline from people who you think could be potential fans.

Quite simply an authoritative user is someone who holds great reach to potential fans or followers in an industry that you’re in. There are a couple of tools which have their own Tweet authority metrics such as Klout or PeerIndex but in all honesty, the best judge of an authority user is YOU. You know your industry better than anyone, so try and start relationships or at least actively respond to peers or authority users in your genre/industry.

For example, we actively respond to Tweets from Hip-Hop news sites and have formed good relationships and been re-Tweeted by relevant organisations such as GlobalGrind, BET and Hip-Hop DX.

They have a far greater reach to relevant fans than we do because of the nature of their business, and thus we have been able to attract interest from a number of targeted new followers because of our engagement with them.

Don’t go spamming the hell out of authority users just to get an RT, but responding to questions that they ask and taking an interest in what they’re Tweeting will possibly lead to you getting a RT or shout out.

Tweeting regularly, particularly for businesses such as Hip-Hop clothing stores, is a lot more effective than Tweeting intermittently which can appear unprofessional. If you’re working two jobs or have several projects that you’re trying to manage and are struggling to keep Tweeting about them, you need to start scheduling Tweets. This can be done through software such as Hootsuite or Tweetdeck. Consistency is the key and will help you retain and win new followers.

If you’re a Hip-Hop artist who is sending out Tweets to your music, believe us when we say that you’re a lot more likely to receive a listen if your link is to streamed music rather than to a download file. If you’ve got someone’s attention and they click on your link, great, but there’s one more obstacle put in the potential listeners way if they have to then download a file. This is the point in which a user is likely to bounce, so why risk it? Use services such as ReverbNation, Bandcamp or Soundcloud so that your music is instantly accessible. We get sent a lot of music at When The Beat Drops, and are certainly more likely to listen to streamed music. Time is important to us!

Used advanced and saved searches to further target potential followers. For example if you’re a Hip Hop artist in London, UK you might want to search for the exact phrase “London hip hop” or use several words such as ‘London’ ‘hip hop’ ‘rap’ ‘music’. These results are likely to return users who are interested in your genre as they’ve been Tweeting about it! Follow them, occasionally Tweet them and see if you can grab yourself a new listener!

One of the easiest and best ways to promote your music and have people engage with you, RT your work and recommend you to other users is by being humble and friendly. Something like this:

Don’t go Tweeting people links to your music saying that “…it’s the DOPEST Hip-Hop you’ll EVER hear”. It’s probably not. Yet if you sent us a link to your work with a Tweet such as “Hey, i’m a New York Hip-Hop artist with a lot to say, i’d love you to check my work if possible (LINK)”, we’d be a lot more likely to take a listen. We’re not saying be boring, be creative as you want to be, just don’t be arrogant. This is not only the best way to market your music on Twitter but in general the best way to promote your music overall.

Finding popular hashtags can be key to your Twitter growth and using them creatively is not only fun, but can win your followers. Don’t worry about being too on topic when it comes to hashtags, usually the stand out Tweets are the ones that use hashtags in an innovative and humorous way. You can take advantage of current trends or regularly occurring popular terms. Always create your own hashtags for any project releases and include them within your Tweets. Even for regular posts, try and include a hashtag within your Tweet relevant to what you’re Tweeting about. Don’t stuff your hashtags, 3 per Tweet should be your limit.