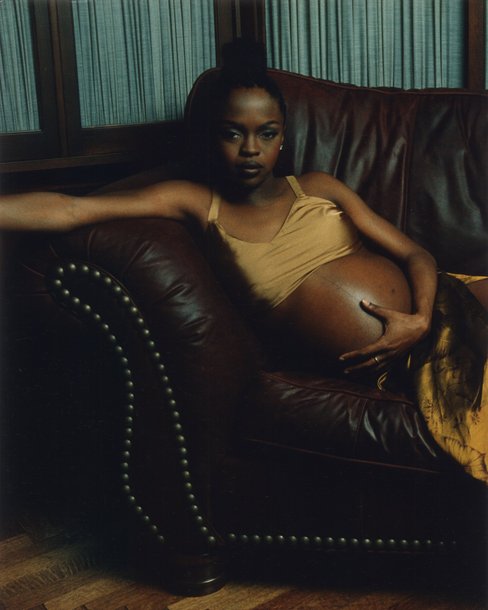 Unsung. Underrated. Whichever way we put it, it unfortunately sounds patronising. Though the people we’re about to feature in this article have no doubt been given the respect and acknowledgement they require from their peers. We just thought we’d take a minute to lend a little light to those who don’t necessarily dominate the column inches but yet consistently pull the stings in the background within this culture that we love. We called this Pt 1, anticipating the influx of further suggestions for Pt 2. Enjoy, and share this post if you want to give something back to others who have given us a lot.

One of the finest photographers in Hip-Hop is Irish and hails from the aptly named town of Limerick. So how did he end up snapping Hip-Hop’s most elite artists including J Dilla, Q-Tip, Mos Def, Madlib and Eazy E to name but a few?

Well, after graduating from Dublin’s National College of Art and Design in 1989, he left behind the lush green of Europe and stopped in L.A to geek down at the California Institute of Arts in 1990.

After first project “Its Not about a Salary: Rap Race and Resistance in Los Angeles” was published in 1993, he became the go-to guy for album artwork. With his creativity in full flow, he went on to work on music video direction projects for DJ Shadow, Nitro Microphone and Control Machete.

His experience led him to form the production company ‘Mochilla’ with Eric Coleman. Mochilla have since gone on to carve our their niche in producing innovative music films including a personal favourite of ours, Timeless: Suite For Ma Dukes, the orchestrated tribute to J Dilla led by Miguel Atwood Ferguson.

B+ remains in L.A, working on projects through Mochilla as well as being a photo editor for Wax Poetics magazine and DJ’ing from time to time.

He recently directed the documentary ‘Distant Relatives’ which follows the  journey between Nas and Damien Marley.

The only guy in Hip-Hop that you’d want to be shot by. 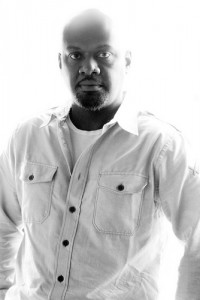 As a founding member of the neo-soul collective ‘Soulquarians’, Poyser played a key role in contributing towards classic albums such as ‘Things Fall Apart’, ‘Like Water For Chocolate’, ‘Voodoo’ and ‘Mama’s Gun’ and won a Grammy for best R&B song in 2003 for co-writing  ‘Love of My Life’. Just check the sleeve notes on your favourite albums and count the number of times his name appears, you’ll get the picture.

Until around five minutes ago, we had no idea that he was actually born in Sheffield, U.K. Useless info, but it’s info all the same.

Currently he’s performing with The Roots as part of the house band for Late Night With Jimmy Fallon. They currently passed the 400 show mark in a move which we feel has proved significant for Hip-Hop and it’s development both socially and in business.

Though arguably he’s played his part in the ‘background’ of many Hip-Hop classic shows and albums, we’d advise you all to check out a rare moment in which he took centre stage. The 2009 album ‘James Poyser Presents The Rebel Yell, Love & War’. For whatever reason this flew under the radar (maybe because of the relatively unknown artists that feature) but it’s abstract dose of soulful RnB and switches in tempo/sounds will remind you every bit of some of the Soulquarian’s best work.

In fact, it wouldn’t surprise us if he’s one of the only guys aware of D’Angelo’s current whereabouts.

Trying to do research on this man proves to be very difficult. He rarely seems to give interviews. So if you’re out there Mr James Poyser, please can we get a few words with you?!

A man of few words, yet undoubtedly one of the finest songwriters in Hip-Hop. 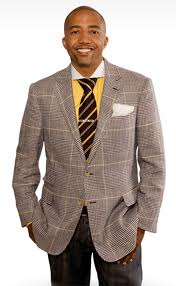 If there were ever an example that Hip-Hop is as much a state of mind as it is a genre if music, Kevin Liles is it.

To cover everything he’s been a part of we’d need to go all out a write a full biography, maybe another time. For now, we’ll try and do it the Liles way by getting to the point, quickly.

Growing up as a kid in Baltimore, one of Lile’s first lessons in business came when his group ‘Numarx’ successfully sued Milli Vanilli’s record label for taking their Grammy award winning song ‘Girl You Know It’s True’.

From 1992, Kevin Liles worked as an unpaid intern for two years at Def Jam before finally getting a paid position as their Mid-Atlantic promotions manager in 1994. The sacrifice more than paid off.

His ability to become a details man, spot trends, whilst managing to relate to the artists saw him contribute to Def Jam’s rapid growth. It could be argued that the structure and organisation he instilled in Def Jam gave inspiration or birth to the fact that Hip-Hop businesses could achieve longevity.

His ongoing commitment led to a promotion in 1996 to Vice President of Promotions before being made the first President of Def Jam in 1998. Under his leadership as president, Def Jam’s revenue doubled to almost $400 million and he guided them into areas of television, movies and video games.

Speaking of Def Jam, Liles once said, ‘We want people looking to us as trendsetters. We don’t think of ourselves as a record company–we’re a lifestyle company, the pulse of urban youth’.

Liles has himself become a brand, trendsetter and pulse of urban business.

With the release of Kanye’s short film ‘Runaway’ and most recent music video for ‘All Of The Lights’ we expect Hype William’s profile to rocket.

But he’s been shooting music videos since a time when high definition meant you could pack more footage onto a ropey VHS.

In a career spanning 20 years, Hype has worked with the likes of LL Cool J, Busta Rhymes, TLC, Aaliyah, Jay-Z. Nas, Will Smith… in fact we will just give you a link to his videography > http://bit.ly/Z7h4s …saves us all some time! As you’ll see that videography reads like a who’s who of Hip-Hop.

His career and significance has been synonymous with the rise in popularity of music television. As technology has advanced, boundaries have been smashed, taboos disregarded, Hype Williams has remained one of the most talented music video directors by carving out his own style and staying true to his own vision.

Today, we understand he’s the man who is going to direct the video to Kim Kardashian’s debut single ‘Turn It Up’.

Brave or stupid move? That remains to be seen, all we know is that you better believe the HYPE.

OK, now you’ve seen our Part 1, feel free to share and tell us who you think should feature in Part 2…