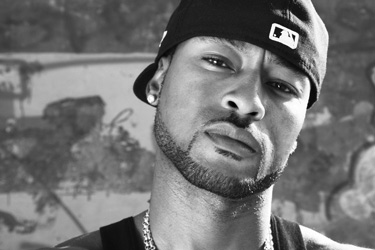 It’s difficult to write an introductory paragraph introducing TQ and his music. His fan base is so diverse that to try and make this content generalised and unbiased is a challenge.

So, let’s not bother. We’ll openly admit that we’ve followed TQ’s music since ‘They Never Saw Me Coming‘ and have rocked every album since. We still even bump an occasional Coming of Age track.

If that last paragraph flew right over your head, let this video kick-start some nostalgia:

Yup, you ALL know him. Westside is still THAT track that resurfaces every summer, every party and takes everyone back to a moment in time. A playlist necessity.

If you copped TQ’s debut ‘They Never Saw Me Coming’ you’ll appreciate why he’s got such a dedicated fan base. The content and delivery within that album had street relevance. Everybody could take somethin’. If you weren’t from California, this was your glimpse into the West Coast way of life.

From that point, you’d be forgiven if you found his career difficult to follow. Though TQ has dropped 5 albums in the last decade, juggling label requirements and the desire to make music his way meant the airwaves were, at times, sacrificed.

One thing that TQ refused to compromise was his creative freedom. In today’s climate where the phrases ‘keeping it real’ and ‘selling out’ are one and the same thing, TQ made the decision to stay true to himself. For that decision alone, we have respect for him, but the fact he made that decision and still continued to make unrestrained R&B music? It’s unheard of.

T’s last album ‘Kind Of Blue‘ was released last year and we caught up with him at a time where everything seems to have fallen rightly into place.

Proof for any aspiring artists that the real deal is not always a deal that’s offered to you, it’s a negotiation you’ve got to make with yourself.

WTBD: Hi TQ, we’ve caught up with you at a time where, from the outside, it looks like you’re pretty settled. ‘Kind Of Blue’ was released a year ago, you completed a European tour last summer and now you’re working on your new album. How you feeling right now?

WTBD: You’ve had your difficulties with record labels in the past. Can you tell us the stage you’re at now? We understand you’ve got some kind of dual deal with a U.K based media company, is that accurate? How does it work?

TQ: Yeah basically these days I’m just doing single deals with different labels on projects not connected to my albums. They can do ok with singles but when the value of a full TQ album comes into play the labels don’t get that I can just do better by myself when it comes down to dollars and cents… As if ANYTHING else matters! LOL!

WTBD: What’s been the hardest aspect of putting out a record without major label support? What’s the best lesson you’ve learned? 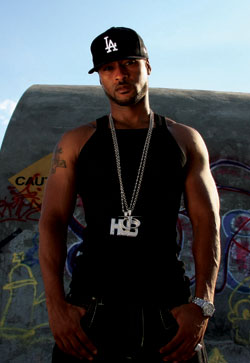 TQ: Lack of marketing and promotions. My sales methods are pretty straight forward. I have a built in demand that doesn’t change much project to project. Especially, without a huge budget behind it u know? My best lesson learned is to supply that demand first and foremost before trying to increase it.

WTBD: What would you consider the proudest moment of your career to date? Has there been a point you’ve surpassed that you never expected to even reach?

TQ: Prolly when all my catalogue reverted back to me a couple years ago. First time I completely owned myself. It was interesting to see the real value of making music for as long as I have. There’s nothing like a 100% cheque! Opening “The Up in Smoke Tour” for Dr. Dre, Snoop, Ice Cube, and Eminem was pretty damn cool too!

WTBD: You’ve often worked with a variety of artists from different genres. Looking at recent collaborations, you’ve worked with Gyptian, Danielle Senior and The Ying Yang Twins, three completely different genres of music. Who have you really enjoyed working with and is there anyone you’d really like to work with in future?

TQ: I’m such a non genre dude these day. This is my job but I survive off what I’ve done already. Like, the nitty gritty bread and butter has been taken care of already. Right now it’s about building on that fact and having fun. I listen to all kinds of shit. I create all kinds. Maybe my country or my look or whatever automatically puts me in a box, but who cares? I can easily kick a hole in a box right?

WTBD: Your cross-genre collaborations have also seen you develop quite a diverse fan base, particularly in Europe. When you sit down to make a track, do you worry or consider the fact you have to please so many different types of fan? Or is this something that doesn’t even cross your mind?

TQ: It has! I have to make sure that it never does again! They all love TQ. All I have to do is be myself and write down the true me on top of whatever musical bed I’m feeling at that moment and we’ll be fine…

WTBD: Going back to your work in Europe, do you have an insight as to why your career has developed more so over here than back in the States? Does it bother you that it’s worked out this way, or have you just embraced it and are seeing where it takes you?

TQ: Yeah I spent the time in the beginning man. History was my fave subject in school. I wanted to see it all u know? I kept going back! Then when the Euro took over it was a rap! LOL!  To be honest, the fans seemed as passionate about my music as I was making it… I was sold. I asked God to make the music that people loved. I didn’t specify what language I wanted them to speak!

WTBD: Can you tell us a little about your next album… is it still going to be called ‘I Wish’? Can we push you for a rough release date?

TQ: Working title is “LEGENDARY”. “I Wish” may be the first single. Prolly late this year. I’ve got some other projects that I’m working on that I wanna get finished so that I can stop everything and just work on the album.

WTBD: You’re also working on a couple of film projects that are in production at the moment right? Do you see yourself lending more time to acting in the future?

TQ: Yeah thaz wat I mean… I do have a thing for film. I’m gonna definitely do more of it. Juggling ain’t easy tho… that I do know about myself.

WTBD: Finally, you’ve often spoken about not giving away too much of yourself to record companies and have arguably sacrificed a lot of exposure (and money!) that you may have got from a major label deal. Has there ever been an offer that’s tempted you? Or are you happy with the way things have worked out?

TQ: Yeah there’s always temptation. I’m just a knucklehead I guess. Thank God he made me start this thing when it was really lucrative. I’m self sufficient enough to just keep chuggin’ along. It’s fun!!!!