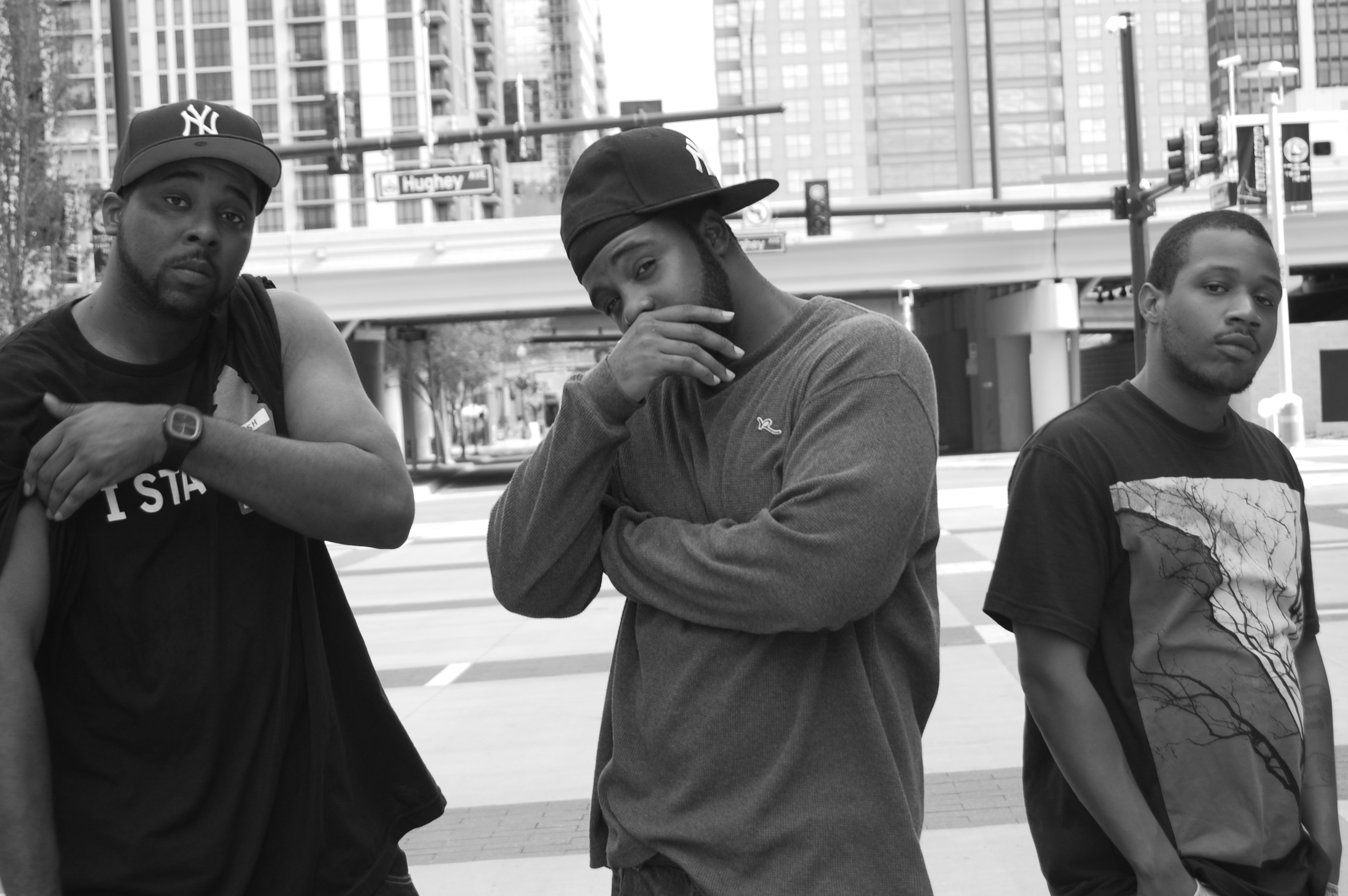 We’ve been waiting for a great Hip-Hop group to come along. It seems that the idea of power in numbers has faded out of late. Whether it’s battling egos stifling creativity or simply unfashionable to be part of a collective, there’s a distinct lack of the sound of unity.

Step forth Florida based Team Prolific. Their name alone shows their commitment to work together to achieve something inspired.

These guys have got energy in abundance. We for one sincerely MISS that feeling of different perspectives rolling into eachother in one record. The quick boom-bap exchange between Q-Tip and Phife or the way Slum Village textured records with their mix of flows. It’s rejuvenating to finally hear this style of outfit again in 2011.

Team Prolific have been working together since 1997 in one form or another, so it’s safe to say they’re mixtape veterans whose time is not overdue, but instead impeccably timed.

We’ve caught up with them upon the eve of their first EP release, ‘The Movement’.

Check out more from our interview below with group members Neme, Flamez and Zin O.d.

Flamez – We are the golden age of the new era, original, wild, versatile real, bash, we the next up, the next step, the new standard. Haters can’t stand it but they got to live with it, or die listing to it.

Neme – To sum it up we’re Prolific.

WTBD: Now one word to describe each member… 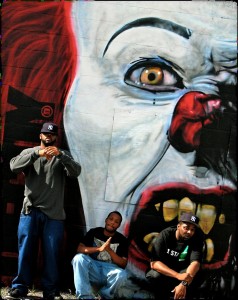 WTBD: You’ve been making music together since ’97. The 90’s was a golden decade for rap groups. Did any of the 90’s rap groups significantly influence your coming together and future direction?

N – The direction we took from the 90’s was the realness that the music had, But off top the biggest influence for us coming up was Wu.

F – Plus groups like M.O.P, The Roots, Bone Thugs.

Z – We respect how they all did their own thing, and keep it original and true to themselves, and all them niggaz could spit, we respect their work.

WTBD: You started out by performing in talent shows and freestyle battles. Do you think the art of freestyling is dying out? Ever battled eachother?

Z – I don’t think the art of freeing is dying out, its just not put out their like that anymore were in different times, but it’s still there.

N – And to answer the question of battling each other we all have sparred from time to time Me and this nigga Flamez went at it, and I know him and O.d had some epic battles before.

F – Word, that’s how we stay sharp, we do it for the sport that right there is training. WTBD: Unless we’re sleeping on them, there don’t appear to be many mainstream rap groups on the come up at the moment. Why do you think that is?

N – Honestly I can’t speak much on new groups.

F – Word, a lot of these groups don’t seem real.

N – Real talk and the people know that, that’s why a lot of these new groups’ don’t work. It’s not real.

WTBD: With your feet inside the door of the new decade, what changes do you think will occur in Hip-Hop in the next 10 years and what do you want to achieve individually and collectively?

N – One thing for sure is that Hip Hop will continue to grow, were will it be in the next ten years, I don’t know. Right now there has been a reemergence of Emcees that can actually spit so hopeful that last, but who knows. But speaking on the Pro, we are trying to spread our wings take this as far as it goes. Like the group’s we mentioned before, we are trying to build a legacy, so the next 10 years just know that you will be seeing the Pro… in one shape or another.

WTBD: You state that you didn’t come together for fame, money or comfort. Would you say there’s too much money to be made through Hip-Hop now? Maybe it’s been a victim of its own success…

N – Don’t get us wrong this is the music business, were in the business of selling music. I don’t think there is too much money to be made. The problem is i believe a lot of these niggaz just don’t respect the craft.

F – They just do it for the money, we do it cause we love to make music and the money happens to come with it.

WTBD: You’ve got several mixtapes under your belt, recently had your track ‘Getting Down’ licensed for a skate montage featuring Ryan Shackler and are on the cusp of the release of your first EP, ‘The Movement’. That’s some start to the New Year. How have your day to day lives changed over the years. The more successful you get, the busier you get, right?

F -You’re right about that the more success equals more work, but we have been preparing for that.

Z – The changes in our day to day is that we are seeing the benefit of all this work we been doing.

N – It might sound cliché but we been grinding, ya boys have been putting in work for a minute and now people are recognizing it and that’s a good feeling.

[audio:http://whenthebeatdrops.com/wp-content/uploads/2011/01/Team_Prolific_Spell_on_you_featuring_nina_simone_clean_mastered.mp3|titles=Team Prolific – Spell On You]

WTBD: Now we’ve heard, ‘Getting Down’, ‘Situations’ and ‘Spell On You’ (which by the way, includes one of the best uses of the Nina Simone sample we’ve ever heard. Brave move!), what should fans new and old expect from this EP?

N – Thanks for the love, that’s the homie Sutta Caine on the beat big ups to him. From “The Movement” except nothing but the best.

F – Hip hop like you remember it, music that you can deem classic, the joint “Spell On You” is classic. Every track on this project you’re going to feel there is no fillers.

Z – An EP might not be big, but every track off “The Movement” is big. You are going to experience something new on every track.

WTBD: When will the EP be available and where can people get it?

F – We shooting for early first quarter, and when it drops you can find it everywhere it will be a digital release. You know it will be at Teamprolific.com that’s always a best bet to find Pro music. But it will be on I tunes, amazon music and all that, just type in Team Prolific.

WTBD: You’ve previously hooked up with German DJ’s Decane and DJ Danny T on mixtape collabs. It’s obviously easier than ever to get your music spread worldwide. Is establishing a reputation in your home town as important as it once was?

Z – Not really but it’s always good to have that foundation cause that’s home. But to answer your question naw…

WTBD: You’ve produced your own music as well as enlisting the help of producers from outside the group. Is there anyone you’d like to work with, or any collaborations coming up that you can tell us about?

N – As of collaborations look out for some more Daywalker and Prolific joints in the Feature, and of course San Calo.

F – And we got something coming out with Dj Ten out of New York that shit is crazy. I am telling you to look out for that, And also another producer out of Florida Rayze.

Z – We also linked up with a couple emcees out of Germany, shout out to Nizza and Sais for showing the Pro love.

WTBD: Finally name one person we should be following on Twitter and why? You may choose yourselves, depends whether you mind being cliché…

N, T, Z – @johnthatdude… he could tell you about the Pro.