Chicago duo The Ol’ Days is made up of duo Ki ‘of NC and rapper/film maker Rookie Chi. Production duties on this debut effort is handled by Dibia$e, Rashid Hadee, Lakim, Kenny Keys, J Slikk and Ki of NC himself.

With clear influence from collectives such as De La, Slum Village and Pharcyde, this album does a good job of providing a little nostalgia for those who appreciate hip-hop’s golden age, without dwelling on it too much. 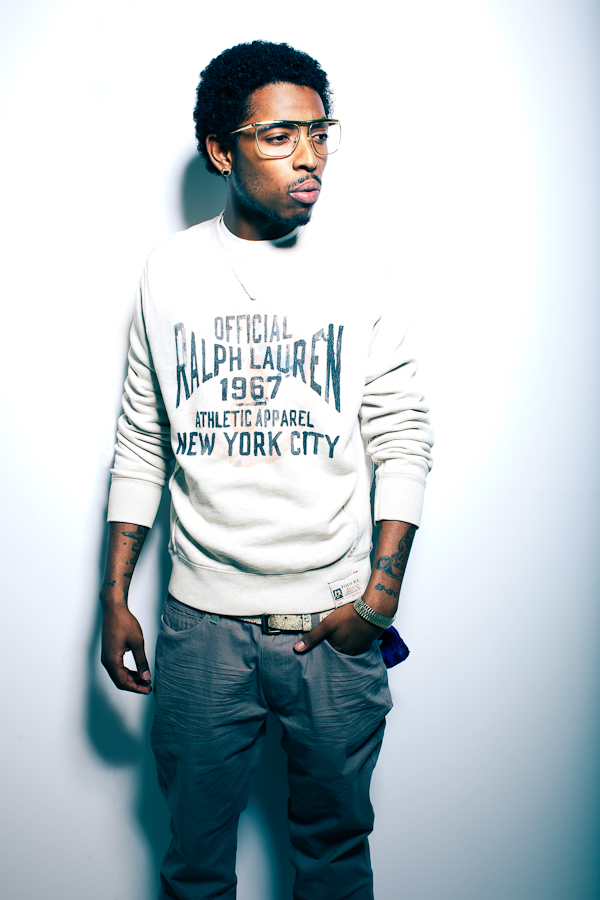 Say hello to the next notable college dropout from Chicago. We forget who the other is…?

We know what you’re thinking… you’ve heard the ‘college dropout turned rap star’ story a thousand times huh?! Maybe so, but The Boy Illinois is proving he’s everything but that tired Hip-Hop cliché.

The struggle between academic life and the creative mind is something that we all know too well, particularly within Hip-Hop.

Should an artist stay in education, using the stability of a degree as something to ‘fall back’ on? Or should they go all out and commit to that ‘grind’ mentality of striving to get whatever they want?

The Boy Illinois chose the latter. A decision that takes considered mix of courage and confidence. For that we applaud him.

Initially what caught our attention, and ultimately impressed us most about ‘Illi‘ was the quality and effort put into his online content. As a marketing company, we can only tell any aspiring/up and coming rapper to follow his lead. Producing quality videos, updates and trailers (as you’ll see in this feature) can make or break whether someone is willing to lend time to your work. Fans are impatient, but they’re out there waiting.

We caught up with Illi upon the release of his third mixtape, ‘Inhale Pt 3: After School Program‘. Listen back through from Pt 1 of this mixtape series and you’ll catch the sound of a boy chasing his dreams through to a man speaking through experience.  We went from listeners to fans as we were able to hear the development in The Boy Illinois’ delivery and content over the last three years. A shout out must also go to ‘Baron Boys‘ whose production style never fails to compliment Illi‘s style.

The Boy Illinois is proof that the University route isn’t for everybody. Sometimes we teach ourselves the best lessons we can learn.

INTERVIEW WITH THE BOY ILLINOIS

WTBD: So what were you studying at University before you dropped out? Did you learn anything academically that’s served you well in your music career so far?

TBI: At first, my major was Political Science, but then that became boring really quick. Then, I switched my major to Sociology, and after that I majored in common sense. Academically, I don’t think I learned a thing while in college.

WTBD: What did you do in the first few weeks after deciding to leave University? Was it straight into the music?

TBI: I was still working at the time. I worked with disabled students who attended the University. That in itself taught me more about life, which was probably the biggest thing I really accredit college for. I was doing music still as well, just more than ever since I didn’t go to class.

WTBD: What’s been the hardest aspect of leaving education and going out to work for yourself?

WTBD: What did your family and close friends make of the decision and how do they feel about it now?

TBI: My mother didn’t like it at all, but my father was behind me and is still behind me 100%. My homies was with me 100% as well. Girls around me at the time always told me that I should just finish school and do the music thing at a later date. You only have one chance to cease the moment and live your dream, and you can always go back to school.

WTBD: Some notable Hip-Hop artists have hailed from Chicago. Who have been your influences musically?

TBI: Lupe Fiasco and Kanye West. They say what they want, when they want, for the most part.

WTBD: From the outside, it appears that with the recent third and final instalment of your ‘Inhale’ mixtape series, you’ve really come into your own and seem to have built yourself a platform. There’s clear progression through the mixtapes to this point. I’d say you’ve self graduated.  Do you feel comfortable as the artist you are now and the direction you’re heading in?

TBI: First and foremost, thank you for taking an in-depth look at the music that I create and put out.  As an artist, the fact that people listen to and appreciate your music is profit in itself. I think I’ve gained a lot of self confidence realizing that people like my music and want to hear more of it. So I’m very comfortable at the moment. I think I’ve found my niche and I’m going to continue to do what I’ve been doing until it gets old. OH, and that inhale series, we have one more to go!

WTBD: From a marketing point of view, I’ve been particularly impressed by your YouTube videos/content. It’s something that’s either overlooked or unprofessionally handled by a lot of up and coming artists. Even back around the time of your first mixtape you were releasing videos to accompany your music. Do you enjoy making music videos? You obviously see the importance…

TBI: It’s always a plus to give a visual with your content. You can then control the picture you paint when they actually see the video, and put them in that same realm you were in when you were creating the record.

WTBD: You also seem to put a lot of energy into your live performances, and recently performed at SXSW. How was that?

TBI: I love performing, and the energy I provide just goes hand and hand with the song. If it’s high energy, I’m going to give high energy. If it’s smooth, I perform that way.

WTBD: What’s the strangest thing that’s happened so far at any of your live shows? Tell us a little about your live shows, are you hooking up with promoters from different states? Is this the first time you’ve been travelling around in your life?

TBI: Haha, I don’t know about anything strange. Nothing is really strange to me, I mean in a sense everything is strange if you haven’t seen it yet. I have been linking up with some good people outside of the state of Illinois for music and shows, so that’s always a positive. I have a lot more travelling to do in the future, and hopefully I can make it to the U.K. soon.

WTBD: You’ve worked with a host of other artists and producers, as well as remaining involved with your long time group F.A. Who’s continued to be supportive of you and helped your career so far?

TBI: Always, if one makes it we all make it. Family Affair, shout out and much love to my brothers Rel and Tre-Style.

WTBD: So, what’s next? What do you consider the most important thing to be doing at this point?

TBI: As far as the inhale series, we still have Pt.4 this summer, right along with the group project ‘The Pilot’ right before. After that tape I’m going to get started on my first album. I want to at least make and create an album before mankind destroys the earth.

For more information and to download mixtapes from The Boy Illinois, visit theboyillinois.com