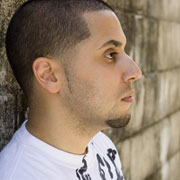 Your Future Favourite Rapper. We would have said it, but he already got there first.

There are phases in Hip-Hop where it feels like a certain type of artist or quality is missing from the forefront. Right now, we’re all swagged out. We feel like the only people in Hip-Hop who aint ‘in the lab’. Yo, we admit, we’re not writing this from the iPad2 in our Maybach.

Thankfully we were treated to that storm after the drought feeling when we were first introduced to Laws through his 4:57 mixtape. On first listen, Laws’ mix of intelligence, humour and humility gave us the instant impression that he was already one level above, one step ahead of his peers and those that were fighting for a ‘freshman’ title. The synth-heavy input from J.U.S.T.I.C.E League also helped in convincing us that Laws isn’t a guy who will be (paused.) upon.

We realised that what we’d been missing is an rapper willing to talk honestly about his background and experiences on the come up, without them being glorified or straight up made up. Laws’ wit and ability to layer clever references that hit you a few seconds after they’ve dropped are what make him so relatable.

Then the pumped up 5:01: Overtime mixtape arrived last year, followed by the videos in this feature, leaving us with no doubt that Laws’ prediction of being our ‘Future Favourite Rapper’ was both smug and accurate.

Check what we had to say to rapper-come-prophet Laws in our interview below.

WTBD: We notice  a few gaming references in some of your tracks. Is that something you do a lot away music? We’ve got a feeling you might be an old school Nintendo fan…

LAWS: When I have time, I like to get some gaming in.  The key word is “when”.  I’m an 8-bit junkie from way back when.  Metroid/Punch Out/RC Pro am ALL DAY!

WTBD: Back when you started out, rhyming at the Orpheum and hanging with your Cousin and his group, did you ever envisage what’s happening to you now? Or at that time, was it more of a hobby to release those shy kid anxieties?

LAWS: It was something to do.  My skills sharpened up pretty quickly though, so I was advancing at a rate that didn’t really allow me to reflect or envision much of anything.

WTBD: You really came to a lot of people’s attention through your hook upwith J.u.s.t.i.c.e League on the ‘Your Future Favourite Rapper’ mixtape. However, just before that you had a project with Rawkus that didn’t really take off in comparison. In the grand scheme of things that was a minor setback, but looking back (Boys to Men style), what gave you the motivation to carry on?

LAWS: Being broke.  Having family, friends, a girlfriend..that were
all broke too.  Sharing a dream with a bunch of people from a small
town. 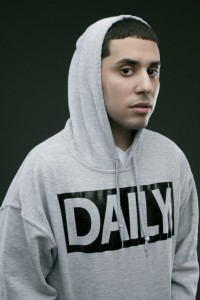 WTBD: By the time you came to the attention of Rooks (which I believe was through the ‘Where My Horns At’ track?,’ you had already had around 8 years to develop and find yourself a little. I’ve heard you refer to it as like an ‘internship’ period. Do you think this kind of ethic or grounding is something that’s maybe missing from Hip-Hop? I mean, most rappers on the come up are taking ‘The Rick Ross Route’ and speaking about how their first job is shifting narcotics, like there’s some negative stigma attached to hard work…

LAWS: Producer/Artist relationships are vital. Just look @ The Beatles and George Martin. The process was essential.

WTBD: You’re quite literally living the dream right now, but is there anything in hindsight you miss about a regular 9-5? On the flipside, aside from the obvious of being able to focus on music, which day to day things do you appreciate more now you’re not sat in an office?

LAWS: The only thing i miss about a 9 to 5 is the steady paycheck.
Mornings are really nice.  I get to enjoy those now.

WTBD: Your mixtapes 4.57 and 5.01, as well as your ‘Yesterday’s Future’ project, all show you’ve got a pretty diverse taste in music. There’s everything from dance, to rock, to straight Hip-Hop. When you get to releasing that first album, do you see yourself taking a similar approach?

LAWS: Of course!  Half the fun of hearing my new projects will be
guessing which direction I’m going to go in next.

WTBD: Going back to the ‘Yesterday’s Future’ project… you’re a big
Beatles fan right? Have you been to the U.K already or have any plans to come here in the near future?

LAWS: HUGE Beatles fan.  I haven’t been to the UK unfortunately, but I def hope to one day.

WTBD: What stage are you at now? Can you give any information as to the current project you’re working on?

LAWS: “Yesterdays Future” my Paul McCartney
dedication, is released in about 2-3 weeks.  All I can say is, this is very different from my last one.

WTBD: Finally, you’re getting more recognition and hype with every track that you release. In fact, a lot of journalists and bloggers are gonna have to play catch up. To make sure they do their homework and to prevent you from hating all the media work, is there any question you don’t want to be asked in future? At this stage, I hope I haven’t already asked it…

LAWS: I appreciate every question, no matter how many times I’m asked it.  The fact that you guys even wanna know about me is a blessing.

Connect and keep up to date with Laws here: