I’m sure we’ve all done it at some point. You know that awkward situation when you admit in conversation to knowing about someone you know nothing about? It’s shameful but sometimes it’s just like an insecure reflex and you spend the rest of the conversation hoping that questions about this person don’t catch you out. Post-conversation you do your research in order to avoid putting yourself in that position again. 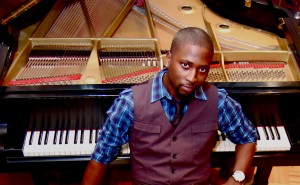 We felt a similar way when we were introduced to Joonie. A quick background check and you’ll find he has worked with the likes of Mos Def, Angie Stone and Nappy Roots. The self-questioning began, ‘Why hadn’t we heard of him before now?’ A question we allude to when we were able to interview him (below).

Then we started to play a couple of tracks from his debut album ‘Acoustic Love‘. First up was ‘So Fly‘ which had us hooked (after one listen you’ll want to describe everything as ‘fly’, the word becomes that deep rooted). We won’t go into a full album review, you know we don’t do that here, but here’s a quote to sum up our thoughts on the rest of what we heard – ‘Joonie is the Soul/RnB artist we’ve unknowingly been yearning for‘. Feel free to put that in with the promo material Joonie!

So do your homework, watch the videos and read our interview below.  Make sure you’re clued up for when someone asks, ‘You heard of Joonie?’

WTBD: Hey Joonie. Firstly, thank you for taking the time to do this interview. Where are you right now and what have we interrupted you doing?

Joonie: I’m in L.A. right now enjoying an actual winter. Its usually hot around this time here. Thanks for having me.

WTBD: ‘Acoustic Love’ has been out for around 8 months now. How does it feel to officially have a ‘debut’ album out? This has been a long time coming right?

Joonie: This album has been a long time coming and it feels great to be able to finally share this breath of fresh air with the world. 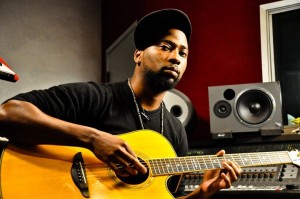 WTBD: There’s been a lot of praise from critics who highlight the purity of your sound  and content. It definitely helps separate you from your peers in the current climate. Is this a conscious decision or just the way you’ve always made music?

Joonie: This is just the way I create music. It took some time to really polish my sound but I’m grateful for what I’ve been blessed with and I enjoy sharing it.

WTBD: Stepping back a few years, when you were first starting out, teaching yourself to play piano and guitar. Where was that motivation to learn coming from? Whose songs were you learning to play?

Joonie: I started playing piano at the age of 9 and gospel was mainly what I was exposed to. With that being said, I’d learn songs from gospel greats and as I got older I started to venture out a bit more. I was motivated by the art itself, I just loved the sound.

WTBD: I understand you originally never wanted to be a singer, and were focused on your work as a songwriter. Sounds like you were an introverted perfectionist who didn’t necessarily want the limelight. Is that an accurate description?

Joonie: lol.. Yes I guess that’s safe to say. When producing songs and writing songs, I knew the sound that I wanted and I had no one to demo the vocals I needed so I had no chose but to do it myself.

WTBD: So eventually you did start singing your own material and your demo fell into the hands of Warren G. Subsequently you got your first label deal which fell through because you didn’t agree with the direction they wanted to put you in. This must have made you re-assess your goals and outlook on the industry?
Joonie: Very much so… Forced creativity can really be draining and can actually take you off track of what your all about and that’s a little of what kinda happened in the major deal situation. When it was all said and done I had to re-evaluate what was important to me in music and personally. I eventually found an even deeper love for music after a short break from it all.

WTBD: You took a hiatus at this point, but still contributed musically ‘behind the scenes’ to a number of projects. Was it hard not being at the forefront of the industry? Or in hindsight, do you think you needed to go through these experiences in order to become the person you are today?

Joonie: I had nothing to give at that moment so it wasn’t hard being behind the scene for me. I took that time to really re-find myself as a musician and more importantly as a person. If that situation hadn’t happened I honestly don’t think I’d have the unique sound I have today.

WTBD: In 2009 you were the Musical Director for the film, ‘I Do, I Did’. The film featured a number of tracks which were later included on your ‘Acoustic Love’ album. Can you pinpoint a moment around this time, or before, where you thought, ‘I’m gonna give this solo material stuff another shot’? Did it even happen that way? How did the album come about?…

Joonie: Well, I had been working on songs for my own listening pleasure but I remember being on the road touring with American Idol Elliott Yamin and seeing him perform night after night and getting such a great response for doing what he loved and it started a fire in me to want to do something with what I have been blessed with. Family and friends pushed me as well.

WTBD: Back to the perfectionism thing, this by the way is in no way a criticism. I notice you continue write, record and produce all your own material. Who do you take influence from and whose advice do you listen to most?

Joonie: Most importantly, I try to finish my songs before letting anyone hear them because if I listen to a bunch of people while creating, it can get really messy. I take some advice from mostly people who don’t make music but enjoy listening to it because they usually give an opinion based on how the music feels as aposed to logic and sometimes logic isn’t good when making music. My music’s influenced by events and fantasy more than any undividual person.

WTBD: What do you make of the current state of RnB/Soul. Which artists impress you? Anyone you’d like to work with?

Joonie: I’d love to see or hear more genuine R&B/Soul and musicianship in the mainstream, thats probably my only complant. I’m impresed by a number of artists and I wouldn’t mind doing a song with each and every one of them.

WTBD: Having earned your stripes through your experiences over 10-15 years in music, you have gradually shaped the  person and artist you are today. You now seem comfortable in what you’re doing and people can hear that through your music. Do you think artists expect too much too soon in today’s industry?

Joonie: Yes.. I did and it got me nothing but stress and heartache but now with understanding and a love for creating great songs that can touch the emotions and even cause change in peoples relationships or within, I feel no need to force anything. Time will eventually yeild to greatness and when it does… I’ll be on top.

WTBD: What’s next for you? We’re hoping you’re not going on another hiatus…

Joonie: lol… no need for another hiatus. I’m continuing to push this great album of mine “Acoustic Love” as it continues to pick up momentum. Look forward to more shows from me all across the world this year.

WTBD: Thanks for your time Joonie. We appreciate it and we will continue to support your music here in the U.K.


For more information on Joonie and to check out his debut album, ‘Acoustic Love‘, please visit jooniezone.com / joonie.bandcamp.com or follow him on Twitter @jooniezone.