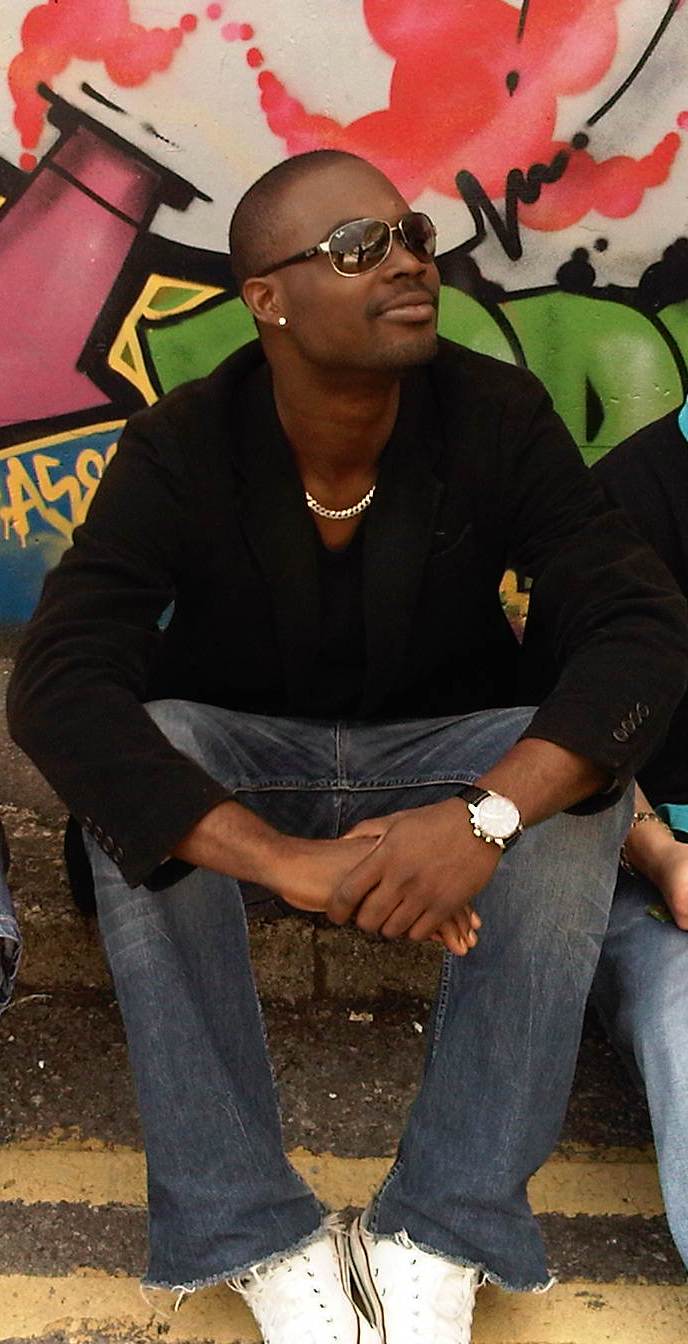 Nigeria, kick off your sandals, grab yourself some of that stuff you call ‘mineral’ and take a few minutes out of your day to listen to your boy abroad, Abiola ‘Musiq Man’ Otusanya. You can’t be late for this one!

Based in Brighton, Nigerian born producer/singer Mr Otusanya is the first U.K based artist to be included in one of our Hoodlouse features. So if you’re based in the U.K and are thinking about sending music this way, the standard has now been set.

Abiola’s versatility and enthusiasm for a variety of genres is what caught our attention first and foremost. You only have to check the tracks within this feature to see that  his work covers area of Hip-Hop, Reggae and RnB but still managing to retain that level of soulfulness. Nothing feels over-produced or forced. The creative freedom in his music is arguably what makes it so listenable.

We’re also proud to support any artist who keeps things fresh by experimenting with new sounds and crossing genres (and nationalities!) in a constructive way. Just check the following track ‘Life‘ to hear exactly what we’re referring to.

The last lines of Nigeria’s national anthem read, ‘To build a nation where peace and justice shall reign.’ Well, Abiola is bringing the peace, so do him some justice and check the interview below!

WTBD: What’s your first musical memory? Who in Nigeria did you grow up listening to?

AO: My first musical memory was me actually seeing a keyboard for the first time and playing about with it. While growing up I listened to Fela Kuti, Billy Ocean, Michael Jackson, Marvin Gaye, Sade, King Sunny Ade, Orlando Owoh and gospel music.

WTBD: Was it during your time in Nigeria that you decided that being involved in music is what you wanted to do? Or did that come later in your life?

AO: Growing up as a kid in Nigeria I was very inspired to do a lot of things. Music was one of them, but I wasn’t too keen on it at that time because I had to study other things as well in school. I was the main keyboardist for my church and I think that helped me a lot developing my skills mentally and physically. I wanted to be an engineer as well, so I juggled between both, but music as always been a big part of me and in 2006 I decided I wanted to spend more time making music because of my love for it.

WTBD: England and Nigeria are worlds apart socially and economically. What was the hardest thing that you had to adapt to when moving to England?

AO: I was fairly young when I moved to England so adapting to things weren’t that hard for me, but I struggled coping with the weather lol!

WTBD: What was the first instrument you learned to play? Did teach yourself or have a mentor or someone you looked up to, to drive you on?

AO: The first instrument I picked up was an African drum, and then I moved to a Drum Kit and then started learning the keyboard with the help of my cousin (Emmanuel Odu) who was a contemporary gospel keyboardist at that time for his church. I later developed my skills on the keyboard with the help of another teacher (Jide Olushina) who was the choir master and an organist of an Anglican church. In 2002 I started learning how to read music scores and play classical music with the help of a choir master and a pianist of a catholic church (Adrian Boynton) and now I’ve picked up more instruments like the bass and the Saxophone (teaching myself. I also sang in the choirs of most of the churches I attended while growing up, which helped to develop my singing. 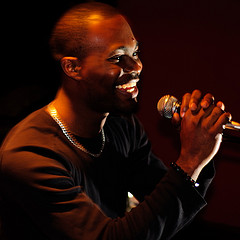 WTBD: At what point did you get into producing and start concentrating on that aspect of music?

AO: In 2006 I decided producing music would definitely be what I would enjoy doing because I knew I had the love and passion for it, plus I play instruments, so I researched various music making programmes and taught myself how to use these programs . I started off using Reason but I realised that it was limited due to the fact that you can’t sequence audio files (didn’t allow me to record live instruments) so I later got introduced to Pro-Tools by a very good friend named Wesu Wallace and that’s when it all kicked off. My creative thoughts and process developed drastically and I could make music the way I wanted.

WTBD: A lot of producers start out by replicating the work of their favourite producers before going on to develop their own style. Did this happen the same way with you? Whose productions really inspired you?

AO: To be honest I tried not to replicate other peoples work at first but I did listen to the way they produce in terms of sounds and quality of the music because this is a very important aspect of music production, which not so many upcoming producers think about. In my teenage years, I listened to a lot of Hip-Hop/Jazz//Soul/RnB and Gospel. I studied well known producers/composers like Dr Dre, Scott Storch, J Dilla, Babyface, DarkChild, Teddy Riley, D’Angelo, Raphael Saadiq, Amp Fiddler, Kirk Franklin, R.Kelly, Robert Glasper and then later covered some of the artists I like just to show appreciation for their music and to illustrate my own interpretation of their work. I always like to create something unique, since the ideas come from my mind and soul, I treat it with delicacy and they always say there’s nothing new under the sun it’s the way you do it that matters.

WTBD: We can tell you like your samples, what’s your favourite use of a sample in a song?

AO: Yeah sampling is beautiful when done properly, sometimes I think people don’t really understand the art that well because there is a big difference between sampling a song and nicking a loop and just putting drums over it. One of my favourite samples in a song would have to be Erick Sermon’s ‘Just Like Music’ where he used Marvin Gaye’s vocals ‘ooohhh looordy’, that’s genius, but I have loads of favourites.

WTBD: You’ve worked with a variety of singers and rappers from around the world. Who have you been most impressed by so far?

AO: I am quite impressed with all the artists I’ve worked with so far because they all have different concepts and ideas to add to my creations and that’s what I tend to look for in an artist.  There are two tracks I’ve done, which I’ve been very impressed with the vocal clarity and strength. One is ‘Another Late Night’ (Sophie Paul) and the second is ‘We Coming Around’ (Carolyn Mcgoldrick) the latter will be released with the compilation I’m currently working on. 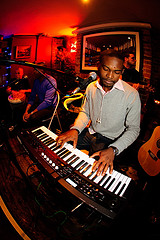 WTBD: What’s the best and worst thing about using the Internet to make connections with other artists? What has surprised you most? It’s a competitive industry…

AO: The Internet has made it so easy for musicians to network and communicate, but at the same time it’s not the same has seeing each other face to face which is what I prefer. I don’t see myself competing with anyone I’m just expressing myself and just like every other form of expression.

WTBD: Can you tell us a little about what project you’re currently working on and when we’re likely to see a release?

AO: I’m working on various musical projects and using my musical talent to help other musicians around me. I play keyboards for a London Pop/Soul singer named Grace Obika. I’m working on a rap album with a duo from Poland who go by the name INV. I’m also working on my own compilation featuring artists both local and abroad. I’m working with DJ Mickey Simms a Drummer/DJ /Producer mainly on the 2 steps/Garage/House/Funky grooves and also helping to produce some artists in the pop scene. My own compilation is scheduled to be released just after summer and the INV project is scheduled to be released in summer .

WTBD: What’s your long term goal? Are you happy working freely as an independent producer or are you ideally working towards getting signed?

AO: My main aim is to get well established, get more recognition for my work, have my own professional recording studio with more gears and instruments. I’m not really bothered about getting signed because I think the music industry tends to put a cap on what you can create and that I think I’d have problems with that because I need my freedom of creativity. I would only sign a record deal if they agree to let me do my thing.

WTBD: If there was one artist you wish you could produce a song for, who would it be?

AO: I’d definitely want to produce something for Mos Def because of the way he views music and his lyrical content, definitely my kind of guy.

WTBD: What’s your opinion on current RnB? A lot of RnB artists have moved towards a more dance music sound of late…

AO: I honestly think RnB is dead and the name is just used as a marketing strategy nowadays to fool the masses because what they call RnB now has no elements of RnB in it at all. Sometimes the singing can be  shocking. One artist I really respect and that has kept a lot of musicality and soul is Maxwell.

WTBD: Finally, always a hard one to answer, but what do you think separates you from the millions of other ‘bedroom producers’ who are trying to make their mark?

AO: Well as a musician I have my own views about music and I always try to express that in my style of production. I started off experimenting with different sounds and now I’ve found my own sounds and style of making music which makes me stand out. People can hear my music and know it’s me and see where the influence is from. I tend to see myself as an artist and not just a producer because of various musical skills I posses and I think that gives me an advantage over a lot so called bedroom producers.