Why I Created The Ultimate Hip-Hop Blog Directory

Before I get into this, I need to acknowledge a man who went by the name of Praverb. For those of you who don’t know, Praverb was a hip-hop fan, blogger and artist who was hugely respected in the hip-hop community. He put in unrivaled effort in shining light on upcoming, independent artists.

I never knew Praverb personally. We may have exchanged a few Tweets and he featured this blog back on his own directory.

From a distance, I was a little envious. Whilst I was struggling to get my own work off the ground, he was creating all of the things that I had wanted and planned to do. It seemed like he had everything covered. What could I add that he wasn’t already doing?

When self-doubt creeps in like this, it’s a compliment of the highest regard. He was so good at what he was doing that I temporarily felt like I was surplus to requirements. I say temporarily because I still had an itch. One way or another, I was going to try and create something even bigger and better. What’s hip-hop without some healthy competition?

Just as few of my own projects started gaining momentum, life threw a couple of major curveballs my way.

My Mother passed away aged 49 in October 2014 following a completely unexpected terminal cancer prognosis. There was a 6-week gap between the prognosis and her passing. In the same period of time, my Grandad was also diagnosed and being treated for lung cancer. His terminal prognosis was given in December ’14 and he later passed in March 2015.

Life switched up and changed for me real quick and I needed to focus my attention elsewhere. We’ll get to that another day.

I knew I would pick this project back up at a later date and I did. Day by day over the last 6 months or so, I have been doing a lot of analysis, reading and research to put together this directory of hip-hop blogs.

I’ve kept quiet, lurking on social media and just watching all of the hip-hop journalism, stories and music unfold. A lot has happened. There’s a lot to talk about. Music is being released every damn minute. By the time I’d have finished this post, I fully expect Kanye’s album to be released ahead of schedule with the title “STILL GOD”.

I’ve manually read and assessed data from over 1,500 blogs. Over half of those have stopped blogging in the last 18 months or so. We’ll touch on that in another post but it seems like the fast pace of hip-hop is sometimes is too much for even the most dedicated enthusiasts to keep up with. I know it has been for me.

In the most trying times of my life, hip-hop has helped me through. I listened to Dilla’s Donuts on the night my Mum died. That was some experience.

Even when I have been most frustrated, confused and intrigued with “the state” of hip-hop, I feel privileged. Happy that in hip-hop there is something that resonates with me enough to provoke a response. Trying to figure out what Future, Young Thug and co are talking about is a real fucking challenge for me. But it’s time I’m willing to put in.

The hip-hop blog directory is the starting point. It’s a curation of over 600 active blogs from around the world. They range in posting frequency, topics and quality but all are live, from people spending their time reporting on the world of hip-hop. They are our ears to the street.

If you’re reading this as a professional involved in any of these blogs, thank you. You are in an elite group of individuals who are truly the pulse of this culture.

If you’re reading this as an artist or manager, I am not going to promise that they are going to promote your music. They might not. Some will probably never respond to your emails. A lot will.

Use this as a starting point. Connect with the people writing about this hip-hop. They are the people most interested and invested in your work. They are willing to be your fans. They are not only keeping up with the pace of hip-hop, but they are setting it.

This is just the start from me.

I hope that it helps hip-hop professionals do their jobs a little easier. Selfishly, I hope it means that I am introduced to a bunch of people in the industry that I haven’t yet met. I hope that it gives independent artists a starting point in gaining exposure and building their networks. I hope it connects a few more of us together.

I hope it creates competition.

If you have any thoughts on the project, want to add your blog or just have something else you want to share, just email me scott@whenthebeatdrops.com.

When The Beat Drops – New Site

This has been a long time coming. We wanted to launch a new site that reflected our continued growth and direction. Hopefully this site does just that.

With the new site launch comes an opportunity to say thank you. In a year, we’ve been able to rapidly grow and connect with some of the best Hip Hop artists, fans and professionals in the world. For that, we’re incredibly thankful.

Here’s a little information about the new site and how you all can get involved: 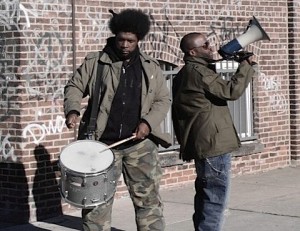 We’ve updated our list of Hip Hop promotion services. For anyone who is serious about promoting their music in the most professional, efficient and cost effective manner possible, we urge you to get in contact. Not only will our services help gain exposure for your music, our passion for great Hip Hop is unparalleled, no other PR agency can reflect that desire for contributing towards this culture. Our online marketing and SEO services in particular are great for Hip Hop artists or Hip Hop organisations who really want a professional service and not just an email blast or two. This is real marketing tailored to your specifications.

Guest Blogging – Write For Us

The new site gives us a more professional platform to show you what we do and how we do it. Our blog posts in particular have been particularly well received and we’re now opening up our blog to guest posts. Whether you’re a Hip Hop fan, an up and coming journalist, an experienced writer, it doesn’t matter. If you’ve got something interesting to write about, you can now use our blog for self exposure. Here’s a few guidelines:

As well as gaining exposure for your writing on a popular Hip Hop blog, we’ll try and throw in a few extra perks for the frequent, best writers.

Advertising – Gain Exposure Through Our Site

If you’re a Hip Hop artist promoting a new album, a producer trying to sell beats or a retailer trying to shift shirts, consider our site for advertising purposes. It’s pointless throwing away endless dollars on Google Adwords if you’re not seeing a return on your investment. Our site attracts thousands of targeted Hip Hop fans and professionals each month. Just drop us a Tweet or email if you’d like to consider advertising on our site. 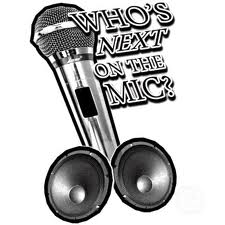 Feedback is important to us. If you have any suggestions as to improvement to the site, blog posts you’d like us to cover, information about our services, anything at all. Please get in contact. We want artists and fans to join us in delivering intelligent marketing services and content to the Hip Hop community.

That’s it for now. Take a look around, let us know if you spot anything strange and don’t forget to give us your feedback.

What Hip Hop Gave To Us, We’re Working Hard To Give Back To Hip Hop.

Now – for those of you who made it this far, we’re offering a FREE custom press release and distribution for one Hip Hop artist. To be in with a chance of winning, email info@whenthebeatdrops.com with a track, your details and we’ll pick one winner. Easy!

Come in, kick back, put your feet up… this is our new home and you’re welcome!

Following on from the article below, the net seems to be drowned in a host of Music blogging sites at the moment, most of which generally just repeat the same information. THAT’S OLD.

So we decided to freshen things up, at least when it comes to Hip-Hop. We want to be what you want to read!

Over the coming weeks we hope to bring you all more Hip-Hop related articles, news of what we’re working on and features on artists who we think define the spirit of Hip-Hop… plus anything else that we think you’ll love.

If you’d like to work with us on a more professional level and want to know more about our marketing/press services, check the ‘What We Do’ page above or drop us an email. You can also keep in touch with us through Twitter where we’ll be posting exclusive competitions and discounts for our followers.