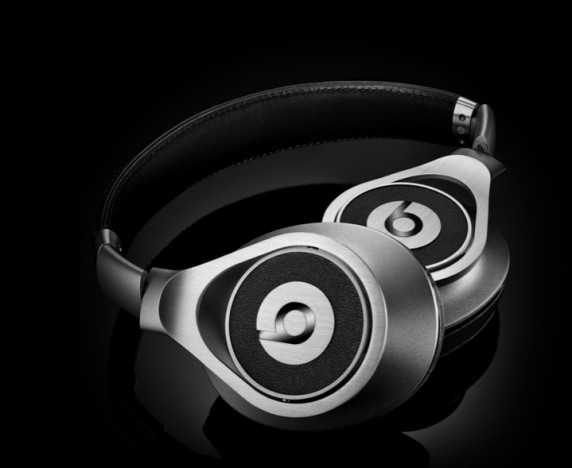 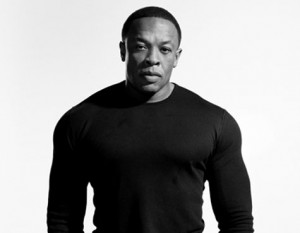 We’ve long known that Dr Dre is a perfectionist. We’ve heard the stories of him obsessing over using multiple MPC’s to get the perfect layered beats, asking rappers to repeat lines several times until they hit it on point and there’s even been controversy with former high profile Aftermath artists (Rakim, Dawn Robinson) who have struggled in working to Dre’s standards. As if that wasn’t enough to show us Dre’s superior commitment to quality, we’ve been waiting 10 years for Detox. 10 damn years. Though we’ve no doubt it’ll be worth it. 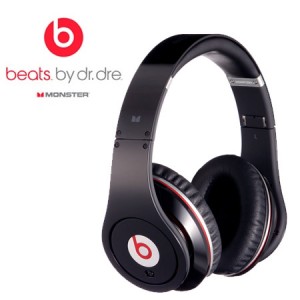 The Impact of Beats By Dr Dre Headphones

Then in 2008 Dr Dre took his perfectionism to new level when he founded Beats By Dr Dre (Beats Electronics LLC), a premium high performance headphones range in collaboration with Monster cable products. The aim was to make the best headphones in the world for producers, artists and fans, enabling them to hear every fine detail within a track. Dr Dre has stated that he wanted not only a pair of headphones that would meet his own demands in the studio when producing, but he wanted those listening to his music to be able to absorb and feel every sound. Like a crazed Hip Hop scientist, Dre went to work with Monster and they released an initial three versions of the headphones; the in ear Tour headphones, the lifestyle Solo headphones and the high end professional Studio headphones. The impressive high-power digital amplifier and powered noise-cancelling technology quickly caught the attention of fans, artists and producers across a variety of genres of music and the Beats By Dr Dre headphones have since spawned a number of new designs. Dr Dre’s involvement, in combination with the high resolution technology and marketing influence from Jimmy Iovine has set the audio world alight and seen the Monster Beats By Dre headphones become one of the most sought after audio items ever.

Not only have the Beats By Dr Dre headphones become a music lovers dream, their impact is so significant that they have become a fashion accessory, with selective product placement and additional celebrity endorsements providing additional feeling of exclusivity. Put simply, these are the headphones to buy in order to show your alliance with music and in particular, Hip Hop. The product placement for Beats By Dr Dre headphones has been so successful that it’s arguably opened up people’s eyes to additional revenue streams that can be made through music videos. With the music industry currently in a stage of financial uncertainty, the financial aspect of product placement is beneficial to both the artists and brand. Best of all though, it could mean that artists will lend more time in creating innovative music videos, which for our YouTube generation, may just be the spark we needed to stop us from falling deep into a low-budget video slumber which has been threatening the downfall of the music video forever.

Earlier this year, Dr Dre sold 51% of his share in Beats Electronics for $309 million (£190 million) HTC in one of the biggest audio equipment deals in recent times. HTC have said they they will aim to take the technology which has made the headphones so successful, develop it further and start introducing it into smart phones.

Other headphones manufacturers such as Skull Candy headphones and Philips headphones have since benefited from the increase in exposure for customised and high quality headphones, though no company had yet managed to attract the same interest or diverse audience managed by Beats By Dre. 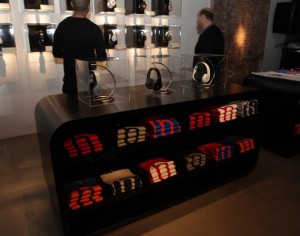 With Beats By Dr Dre headphones likely to be one of the most sought after item this Christmas, a temporary Beats By Dr Dre store has been opened in lower Manhattan, highlighting the demand for this product. The store is situated on 67 Greene Street in a district known for high end fashion stores and will be open until January 15th 2011. The store allows music fans to get their hands on a wide range of customised Beats By Dre headphones which will provide even greater exclusivity. The store will also sell additional Beats merchandise and audio equipment in what is seen by many as a trial run for a longer term plan to open stores across the globe. Jimmy Iovine also noted that the store allows music lovers to come into the store and buy directly, rather than risk being ripped off by online bootleggers who are creating low quality replicas. Hip Hop artist T.I, producer Will.I.Am and NFL player Aaron Rodgers were some of the first to receive their customised Beats By Dre headphones. We could be on the verge of a professional, high end Hip Hop version of the Apple store. 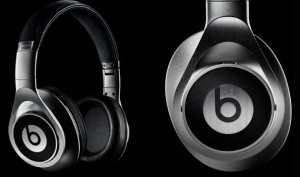 The Beats By Dre Executive Headphones

TODAY it has been announced that the Beats By Dr Dre executive headphones are to be released in time for Christmas. The sophisticated over ear headphones are tailored towards the street smart businessman, we like that approach. The stunning design is aimed at the high end market and include a brushed metal finish around the caps and B logo. Noise-cancellation technology also features whilst we also get an automatic shut off features which shuts down the the battery when the headphones aren’t in use. The leather headband and collapsible ear buds from the Studio range also features in what is likely to be a sought after pair of headphones for professionals audio enthusiasts alike. There’s no word on price or release date just yet, but you can register your interest in the headphones at beatsexecutive.com.

Why Headphones Are Important In Hip Hop 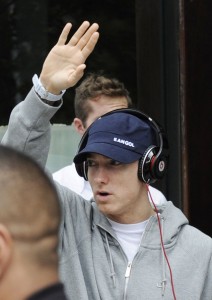 Hip Hop is all about the desire to be able to create something fresh, innovative, ground breaking and relevant. From being able to stand out in your neighbourhood for your chosen skill and being the best at your selected art. Hip Hop for a long time was, and still is quite misunderstood. Those who live by the morals and values of Hip Hop will know that it’s easy to become absorbed and lose hours of your time with just a set of headphones and a drum machine or iPod. There’s something more personable about Hip Hop than any other genre and that intimacy of bridging of the gap between a Hip Hop artist and the streets he came from. That same intimacy is felt when you wrap on a pair of headphones and head on your morning commute to work. Headphones offer an escapism from that misrepresentation of mainstream media. They allow the Hip Hop fan their very own world which they understand and don’t necessarily feel the need to share or expose to those who don’t. Headphones are the mobile basketball court in which you can just kick back, be yourself and not worry about what else is happening around you.

In terms of music production, hearing a range of frequencies through sampling and being able to feel that moody bass below those crystal clear hi hats is incredibly important.At the launch of the Beats By Dr Dre store, Jimmy Iovine stated the following, “We want the customer to understand the idea behind Beats, the emotion of sound, the feeling of sound, we want them to understand it’s about the emotional art effect, it’s like music, film, a comic book, Beats is cultural, it’s relevant, it’s real. We want people to learn about why it sounds that way, the narrative. It’s really a way to tell our sound story.”

The Beats By Dr Dre headphones are arguably suited best to the Hip Hop ear, and we thank Dr Dre, Monster and Jimmy Iovine for allowing the world to really hear Hip Hop for the first time.